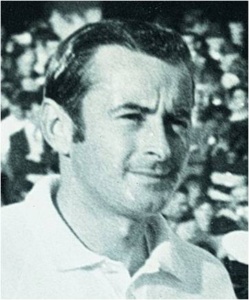 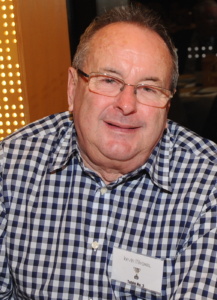 Former VFL Director of Umpiring and VFUA Life Member Kevin Mitchell was the recipient of a Medal of the Order of Australia (OAM) in the recent 2021 Queens Birthday Honours.

Over his 24 years in charge of umpiring in the VFL Mitch, as he was universally known, transformed it on more than one occasion and introduced much of what is taken for granted today. Over the course of his umpiring administrative and coaching career he has influenced hundreds of umpires many of whom have had significant AFL and VFL careers.

Speaking with the AFL in 2014 following his retirement he  noted ““if you stand still and stop looking for improvement you will fall away quickly. I was always challenged by the drive to get better.”

The physical legacy of the Victoria Park training facility which he worked so hard to have built is perhaps the most obvious result of Mitch’s persistence in so many things in life. Negotiating with Collingwood, Yarra Council, builder and the VFL administration he took a decrepit building and made a home for Victorian umpiring. The provision of match day trainers, the regular upgrading of coaching technical equipment to improve performance, the employment on non-umpiring professionals such as dieticians and psychologists were other initiatives that have become the regular part of the modern umpire’s experience at VFL level.

It is that VFL level that has provided the vast majority of AFL field, boundary and goal umpires in the last quarter of a century. Those that have made it to that level recognise Mitch’s influence. It was rarely smooth sailing for anyone but the striving for perfection and the honesty of the feedback built formidable umpires.

Mitch’s contribution to Victorian state level umpiring was recognised by the association with life membership of the VFUA in 2006. Like his coaching the relationship between the Umpiring Department and the association was rocky at times but both recognised they were looking to get the best for the umpires and that was what was important. Harmony was rarely far away.

Mitch’s umpiring credentials were second to none. He began as a boundary umpire in the VFL Reserve Grade in 1962 and was promoted to the VFL following his appointment to the 1967 VFL Reserve Grade Grand Final. The immediacy of his success was remarkable; a final in his first year and then four consecutive VFL grand finals. When he retired from the VFL his career stood at 236 matches including 23 finals and 8 VFL grand finals.

Off the field he contributed to the VFL Umpires’ Association in a significant manner. As trip organiser 1971-76 and Executive Committee member 1971-74 he remains the only boundary umpire to ever ascend to the presidency of the association in 1977. His association honours include life membership, lifetime achievement award, AFLUA Team of the Century and AFLUA Hall of Fame induction.

Congratulations Mitch on your honour it is well deserved recognition for a life of service to umpiring Australian football at every level.